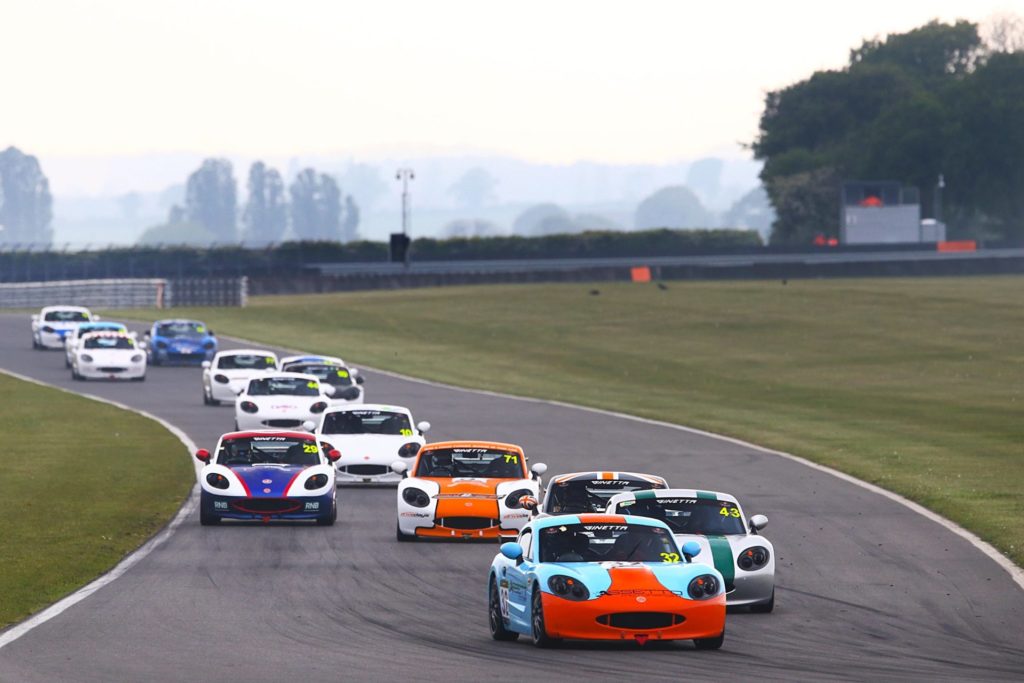 Having missed all of the Series’ pre-season testing, we arrived at Snetterton on the Saturday morning having also missed the Friday test, and therefore were straight into the short 20 minute qualifying session. The effect was compounded as the damp conditions in qualifying were much the same as the rest of the grid had experienced on the Friday.

As our first race at the circuit, all the drivers have to complete 3 qualifying laps in order to be allowed to race – but at nearly 3 minutes per lap, it was a balancing act between keeping it on the road and testing the limit to find a respectable lap time.

After a busy start with traffic and a number of spinners, I managed to find space to set a lap, posting a 2:45.020 on my final lap, which was good enough for 6thon the grid of 14 cars. A decent place to race from!

In Race One, I got a fairly poor start, and then lost a couple of places avoiding an incident at turn 2, which brought out the Safety Car, and I’d dropped to 8th. On the restart, I was in a 3-car battle for 6th, and was keen to get past in order to chase down the leading group. Unfortunately, I could only make up one position and finished the race in 7th– a solid start in my first ever race, but room for improvement.

I started Race Two from 7th, with the starting grid decided by the result of the first race. I got a better start this time, but a good pass from Mark Lee again dropped me to 8th. This time I wasn’t hanging around, passing Mark back on the following lap with a committed move around the outside at Brundle. Next up was Harry Omerod, a couple of seconds up the road. I managed to close down the gap in just one lap, and replicated my move at Brundle to take 6th, and set about closing the 4-second gap to the cars ahead. In my first couple of laps in clear air, I managed to reduce the gap somewhat, but then made a couple of mistakes and lost the time, so decided to consolidate my position and came home in 6th.

Overall, a solid first race weekend – two finishes, improvement throughout the weekend, and a huge amount learnt to take forward to Silverstone.